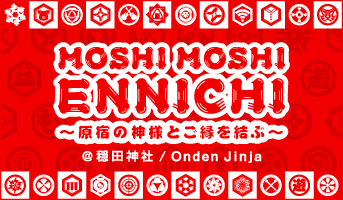 ‘Tie Links With Harajuku’s Gods’
A traditional day held at Onden Shrine is ‘Ennichi’. Look forward to strolling along the festival walk and tucking into some festive food at the indispensable food carts, trying your luck at the classic yo-yo fishing, and more. We will also set up a stage at the shrine where you can listen to traditional Japanese drum, or ancient imperial court music, as well as a character DJ festival where many different well-known characters will perform. You’ll be spoiled for choice on where to begin at the festival, and there’s plenty for both kids and adults to enjoy. 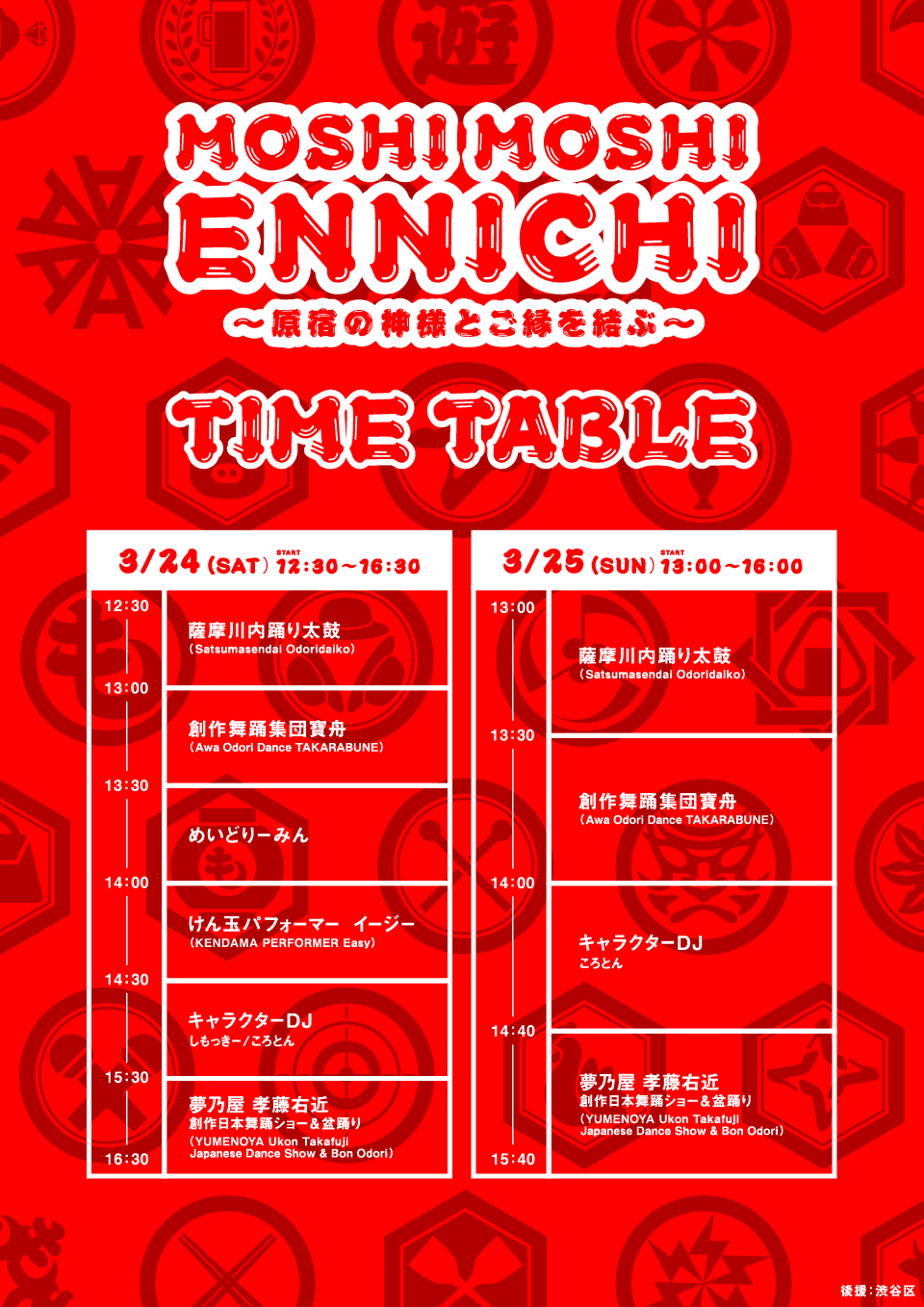 From Traditional Japanese Performances to a Character DJ Festival and Beyond!

The "Takafuji Dance Company" is a pioneer of traditional Japanese dance that boasts a history of 100 years. Ukon Takafuji is the second generation of the company as well as the producer and chairman of "JAPAN CULTURE ENTERTAINMENT -YUMENOYA-" who is set to put on a traditional Japanese dance show. It is an "experienced-based" show in which everybody in attendance can join in during the Bon Odori segment. Not only will there be classic Bon Odori hits playing such as Tokyo Ondo, but also a performance of Tokyo Bon 2020 choreographed by Ukon Takafuji, a song co-produced with "COOL JAPAN TV" that has taken the world by storm online with a collective 100 million plays across video streaming platforms.

DJs dressed as characters will perform on-stage at Onden Shrine. Characters will captivate the audience to the tune of fantastic DJ performances. The character line-up includes Shimockey and coroton.

TAKARABUNE is a creative dance group of Awa Odori, a traditional type of Japanese dance that boasts a 400-year history, who challenge themselves to creating new possibilities for this traditional Japanese artform. You must not miss this stage performance by Japan's sole professional Awa Odori dance group!

EASY is a professional kentama performer active across around the world. Don't miss this chance to see his breathtaking kentama performance up close!

The popular cast from the maid café "Maidreamin" will make their way to Onden Shrine! They will captivate all of the ojou-sama and goshujin-sama with their singing and dancing.

TOTTY CANDY is popular for its giant rainbow-coloured cotton candy. Cotton candy is a familiar food during Ennichi, and TOTTY CANDY will add that Harajuku-esque twist to it!

Last year's amezaiku workshop was hugely well-received, so we're bringing it back this year! You will learn how to sculpt rabbits, bears and other animals from candy, so be sure to try challenging yourself♪

Mizuhiki are special cords that tie envelopes used for monetary gifts. Did you know that there are a lot of kawaii ones around recently? Mizuhiki artist 舟木香織 will hold a workshop at the booth where you can learn how to make your own kawaii mizuhiki!

Staff will co-ordinate and teach you the manners and etiquette associated with shrines. It's a great chance for newcomers to Japanese shrines and maybe even an opportunity for those in-the-know to learn about them again.